Kali Yuga, When Darkness is Allowed to be Seen 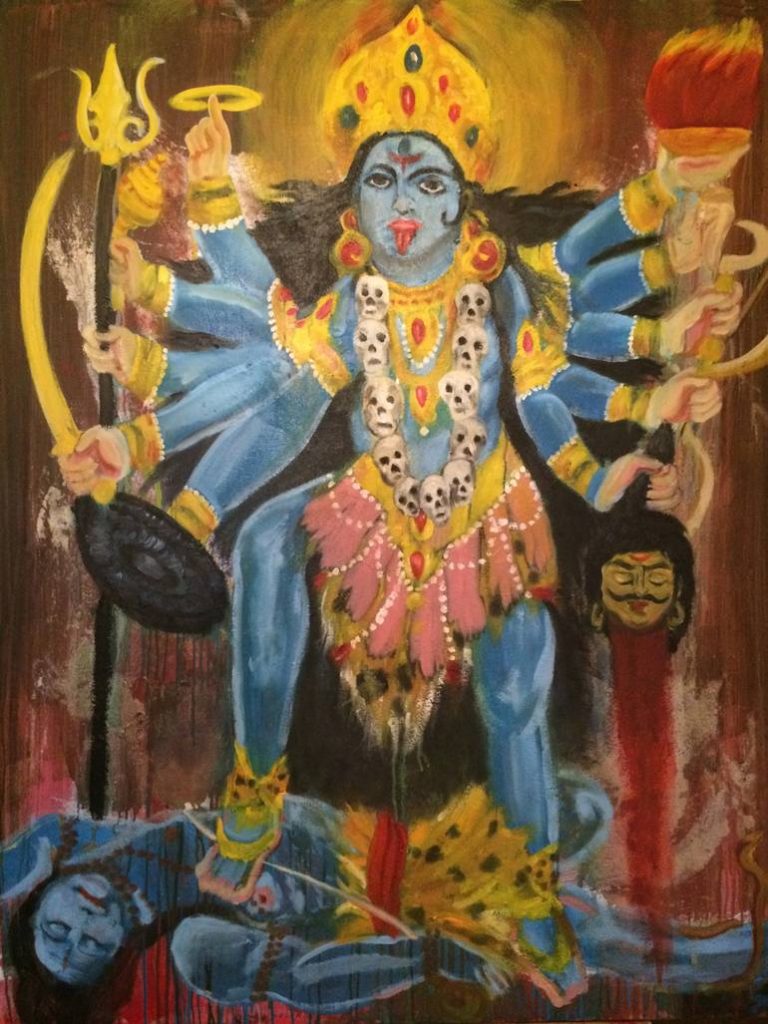 It seems the Kali Yuga was out in full force last week as blackouts progressed in towns and cities throughout northern California. Kali Yuga is a time in which the darkness, usually unseen, is allowed to be seen. The Kali Yuga is a cycle of time. It is the last of four stages (ages or yugas – Sanskrit) the world (earth) goes through. The last, final stage is the Kali Yuga stage; a time when humanity is farthest away from its origins (spiritual world), when humanity has forgotten the spiritual world and the Forces of Darkness (ignorance, evil, suppression, untruths, etc.) seem to prevail. 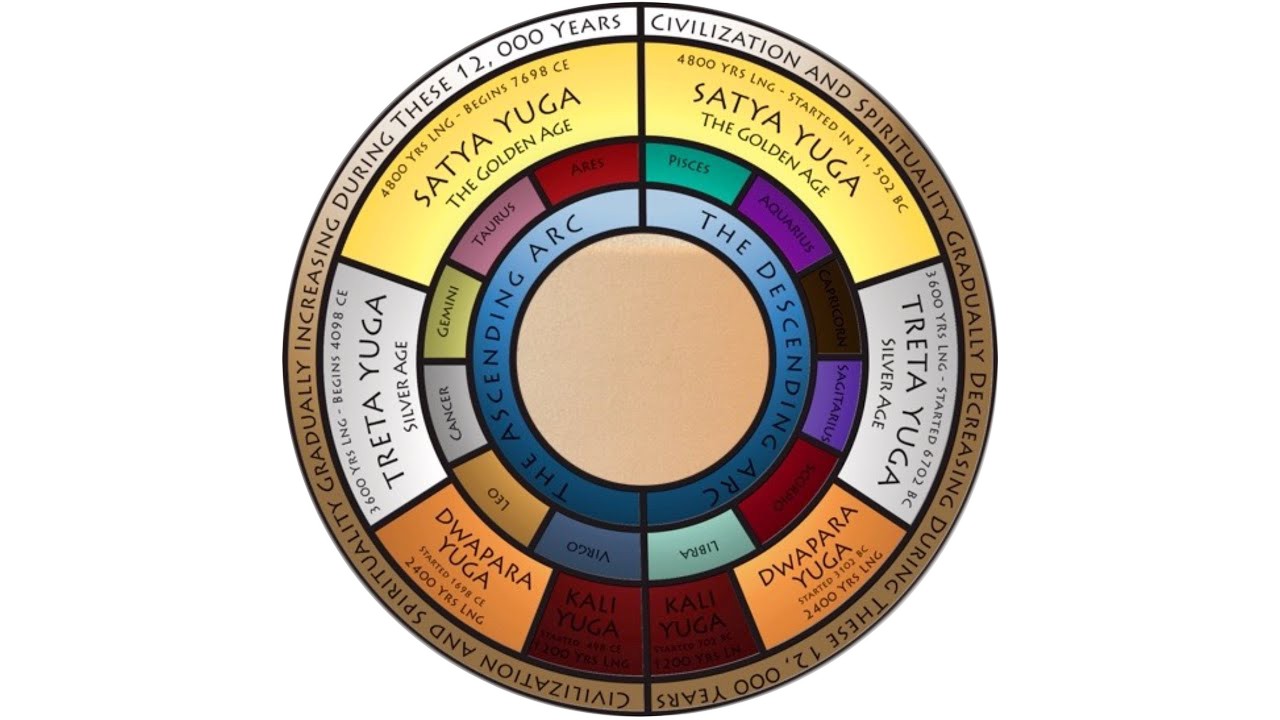 The other cycles of time (yugas) are Satya, Treta & Dvapara Yugas. “Kali” means strife, discord, quarreling, darkness, contention, and is associated with the demon (not goddess) Kali. The Kali Yuga cycle began when Krishna died (end of the Dvarpa cycle – midnight February 18, 3102 BCE). During the Kali Yuga years human civilization is said to lose its sense of Spirituality (we see this in our world today, as some call it a post Christian world). Humanity falls into spiritual bankruptcy, hedonism, cruelty, greed, materialism, ignorance, unrestricted egotism, criticism, all leading to a breakdown in families, religions and social structures. We are seeing these extremes in our cultures today. 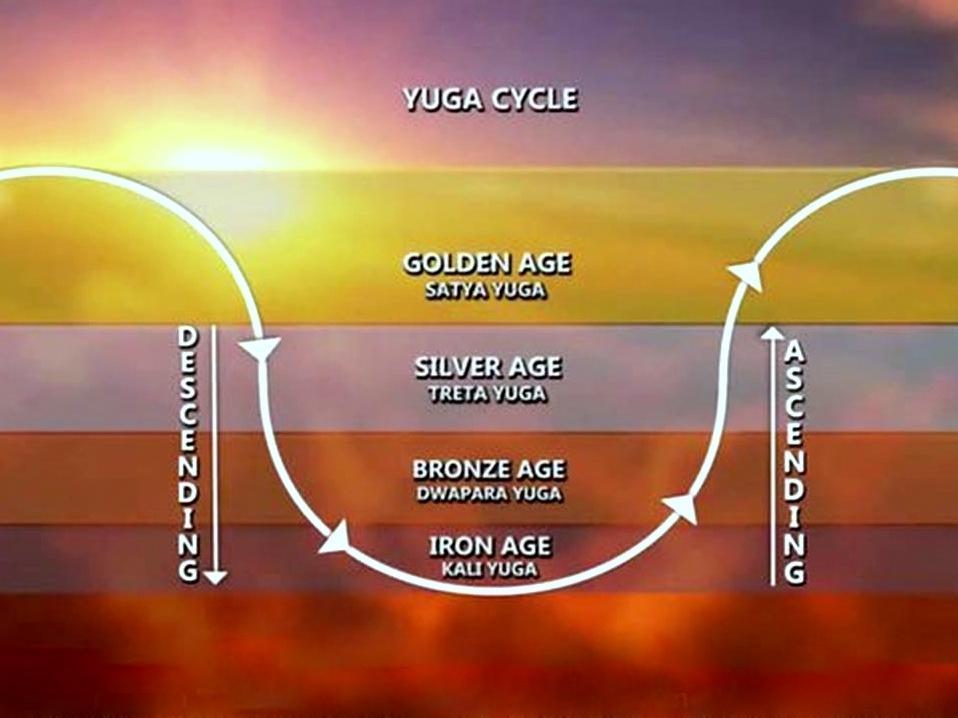 In the Hindu scriptures the Four Yugas are stages of humanity’s separation from its spiritual origins. The Yugas represent a precipitation downward from spirit into matter (Earth). These Four Yugas are symbolized as the bull of morality, ethics & dharma (spiritual purpose). In Satya Yuga (Golden Age – humanity still close to its spiritual origins), the bull has four legs. But in succeeding yugas, morality is reduced by one quarter. By the Age of Kali (present times), the bull has only one leg. In between the Yugas there is great disorder. This is called the Kurukshetra War – transition in from one age/yuga to the next. (continued next week) 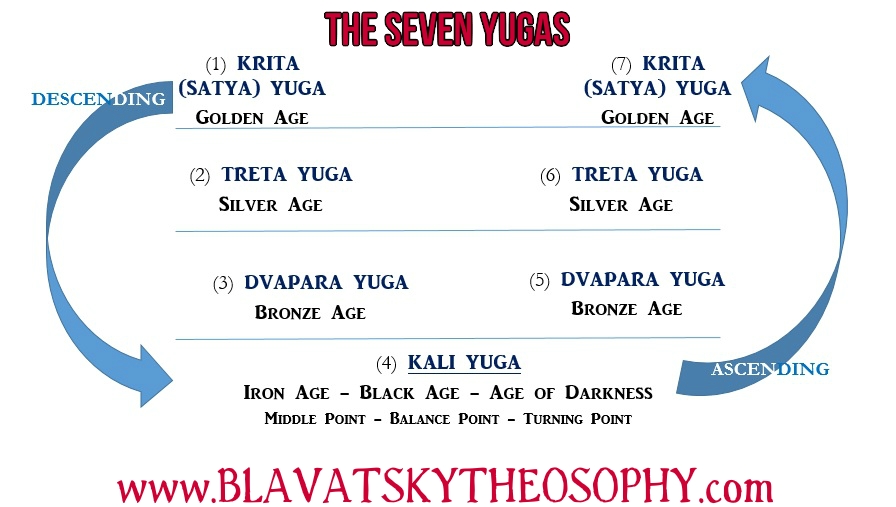