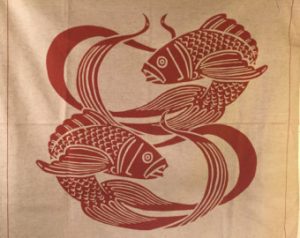 Here we are in our last days of winter and the last week of Pisces. Before the Pisces waters turn into the fires of Aries, let’s talk a bit more about Pisces. So, we understand more. Wednesday, March 14, is Einstein’s birthday. Einstein, a most brilliant thinker, was Pisces Sun. Most people consider Pisces too confused to become a brilliant scientist. But, there are heights and depths within Pisces hardly anyone ever knows or comes close to understanding. 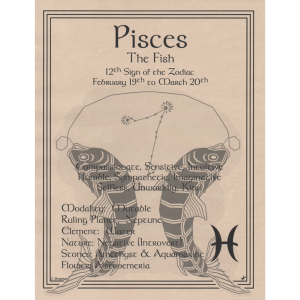 Pisces is the two fish, one masking the other. Pisces’ nature is fluid. And, this fluidity is what enables them to swim deep into darkness while reaching up to the highest star (Sirius). Because of these journeys, Pisces is able to understand all realities, both dark and light, inner and outer, above and below, known and unknown.  This is where the two fish swim.

Pisces, when directed by the Soul, becomes powerful, like the force of an ocean. Often, people turn away when in the presence of Pisces. A spiritual Pisces (Pluto ruler) understands why. Pisces must withdraw often, eliminate all that has been absorbed from the environments, and gather themselves back together again.

Saturday is the Pisces new moon. So many “lights” both in Pisces and in Aries. The Pisces waters prepare us for the fires of Aries. The keynote for Pisces – “I left the Father’s house, the bliss-filled Oneness. I returned to the Earth in order to serve the Plan and to save humanity.” 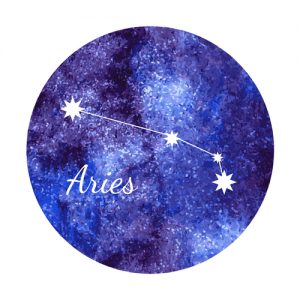 Monday is St. Joseph’s Day, honoring all fathers as they cherish their children.

Spring. Tuesday, March 20, at 9:15 am (west coast), the zodiacal year ends, the Sun exits Pisces, enters Aries and the new season of Spring begins. The seasons are all about the elements. From Pisces waters to the fires of Aries, from the end to a new beginning. As the new zodiacal year commences, Archangel Raphael assumes his Spring position…protector of the Earth. 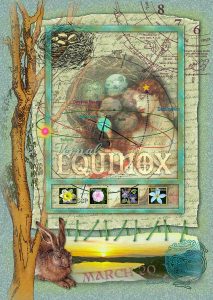 I Leave the Father’s Home