Mercury in Aries – What We’ve Never Said Before 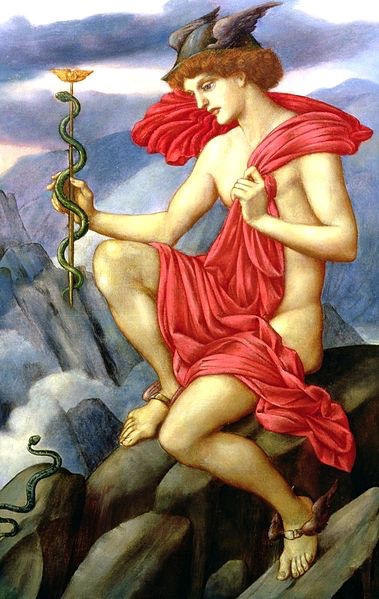 The new moon for the new spiritual year occurs around midnight this Thursday night, Friday morning (depending on our location). It is the new moon for the new spring season occurring at 11.31 degrees Aries.  This new moon (Sun and moon together in the same sign, same degree) is positioned in the sky between Mercury (communication) and Chiron (wound and healing) also in Aries.

Mercury calls us to communicate with each other, bringing forth perhaps what we’ve never said before (Aries). And Chiron calls us to talk about our sadness, sorrows and wounds, realizing that as we feel and share our sorrows, a healing is also taking place. Mercury entered Aries last Sunday and will remain in Aries till next Sunday, April 10, which is Palm Sunday, the Sunday before Easter.

Mercury is the Sun’s messenger and messenger of the gods. Mercury illuminates our minds with the “ideas from the Mind ofGgod.” Mercury receives the Light from a star in the Big Dipper, called Ray 4. This is the Ray of the Buddha who in 500 BC, attempted to illuminate humanity’s minds in preparation for the Coming of his brother, the Christ (Pisces World Teacher). This illuminating principle begins in Aries and comes forth with the Forces of Illumination in Taurus. Mercury in Aries “leads humanity into the Light” of intuition.

Mercury in Aries diffuses illusion, expands the higher mind (abstract & intuitional), and works with the Soul as an intermediary, offering us the creative urgings of the Spirit. Mercury helps us piece through the darkness of the Kali Yuga, the darkness of limitations, false beliefs, concretized and crystalized thought forms. When we align with Mercury (who is also Hermes and Archangel Raphael, Spring’s protector), the “birth of new ideas occur and they become revelations within us.

As Raphael, Mercury becomes the healing angel, the Angel of the Holy Grail, the Ambassador to Earth carrying the caduceus (with 2 serpents entwined), Mercury’s staff, depicting the straight and narrow Way of Initiation. In some paintings of Mercury we see two small wings of light emerging from the region of the throat. Mercury is after all the communicator. Mercury tells us to be very careful of what we think and say – our words can capture, manipulate and destroy or they can create, praise and beautify.