Star Gates of Spring Have Opened 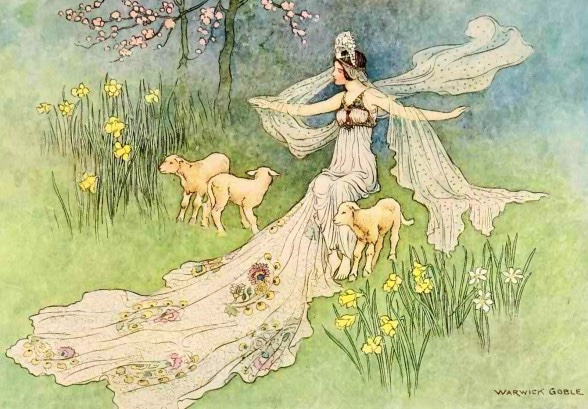 The Star Gates of Spring, of Aries, have opened! Spring has arrived! A great creative spiritual force is now available to all earth’s kingdoms, especially to humanity. Spiritual forces are released into the earth at the four great points of the year – the four seasons. They each offer a different evolutionary need in humanity. Aries is the fiery force that burns the dross of the old nature (winter), releasing a new vital green ardent aspiring livingness. So apparent in spring are nature’s rhythms & laws. Obedience to the cosmic order of things. Nature – means a natural harmonious way of living(ness).

Spring equinox (Sun at the equator at zero degrees Aries) begins the new spiritual/solar year. In Aries, “all things new” begin. New life emerges in our Northern Hemisphere. Aries is the “fire of the mind”, bringing forth new ideas that become new ideals within humanity. Aries is “electric fire”, the fire in lightning storms usually experienced in Spring.

During Spring equinox the Solar Angel streams into Earth a fresh impulse (the Plan for the coming year). And at the Full moon during Aries, the Forces of Restoration and the Spirit of Resurrection flow into the Earth (the Mother). These forces offer humanity a new “livingness” by restoring our moral, ethical and psychological health. Their “presence” supports the new Aquarian culture & civilization and the new Spiritual Materialism (Sharing Society) to emerge. They offer a new hope and vision for the new world to unfold.

Archangel Raphael (the Christian name for Mercury or Hermes), the Healing Angel, begins to preside over the Earth at the equinox, bringing healing and protection. He carries the Caduceus, staff of Mercury. It is written that each evening, Raphael gathers up all of humanity’s requests for healing, carrying them to heaven where he presents them before the throne of God. Here they are transformed into fragrant blossoms, which are then borne down to Earth by Raphael’s (Mercury’s) serving Angels. The flowers, scattered about where there is pain and sorrow, bring solace, care, beauty & comfort to those in need.

Nature responding to the pathway & light of the sun. A faint blush of green now can be seen (etherically). The daffodils are almost over. The tulips are growing an inch a day, reaching up to the Sun. Pisces (water) offers the past year to Aries (fire). We are now in the water/fire mysteries. The Sun moves northward now, from the equinox to the Tropic of Cancer And so also are the new/moon seeds – all gathered in the heart center, which is our equator.

Spring is here. We are in the garden everyday now. 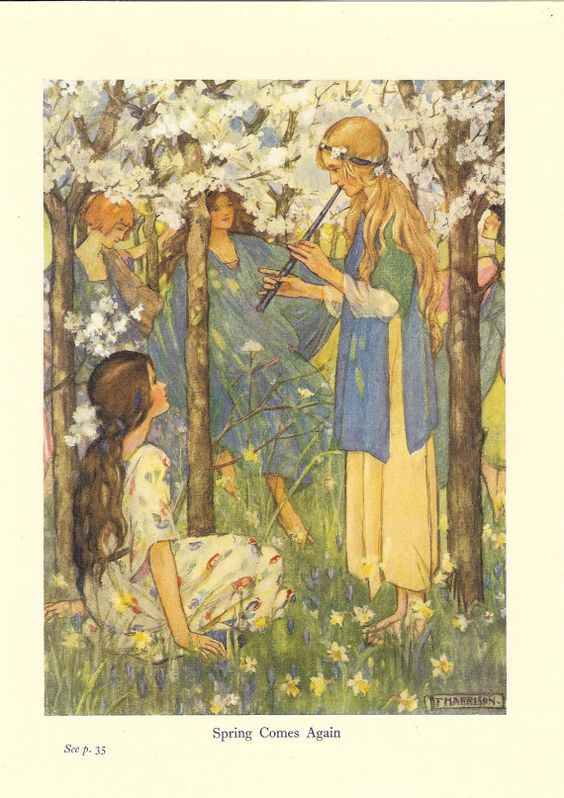