The Wesak Buddha Full Moon Festival. Crystal Bowls of Water in the Garden 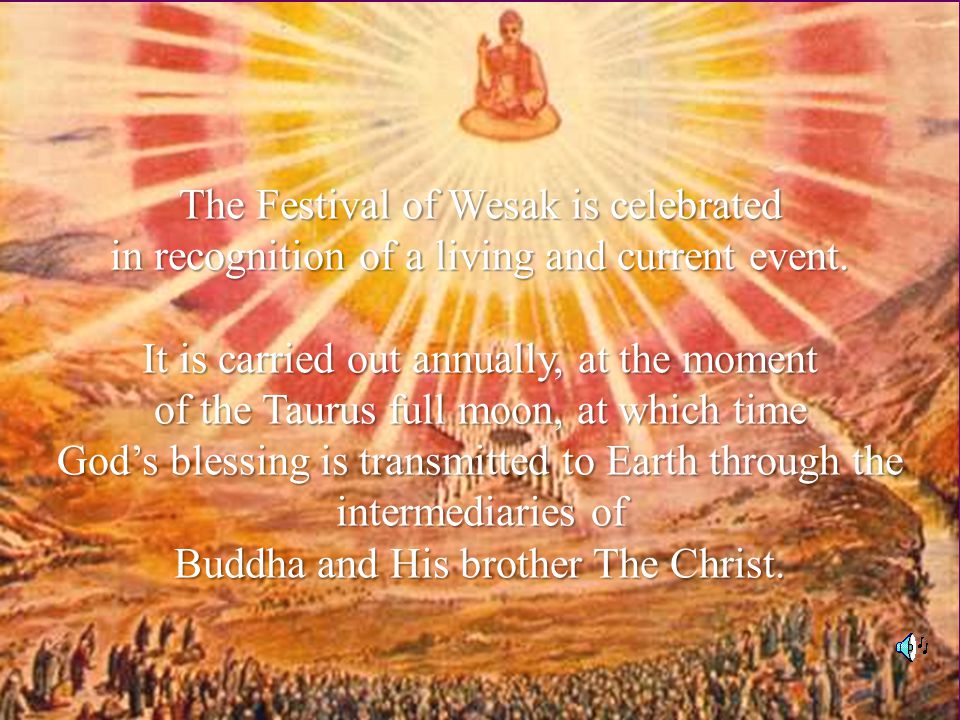 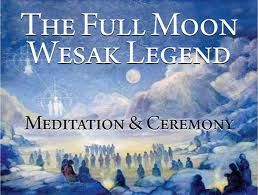 Many years ago in the early 1970s I encountered an article in an alternative paper with symbols and shapes used for a festival called Wesak. I lost the article but I remember being deeply drawn to the geometrical shapes. Later, I found a pamphlet from Lucis Trust (Alice Bailey and the Tibetan’s teachings) about the Wesak Festival and inside were the very same shapes – points, lines, crosses, interlocking circles and triangles, ending with a five-pointed star (Venus).

Today I know those shapes signify sacred movements (evocations, a “calling”) performed in front of a flat rock altar next to a stream in a valley in the Himalayas during a full moon of April or May, the Buddha Full Moon also known as the Wesak Festival. The shapes are accompanied by sacred mantras and these “invoke and call down” the Buddha, assisting in his yearly visit and appearance to Earth from Heaven (Shamballa, the Father’s House).

The Wesak Festival this year is Monday night, April 26, 2021, 8:32pm (west coast time). People from all around the world travel to the Wesak Valley for the festival. There’s a legend that holy ones appear in the valley at this time, too.

The Christ, Manu, Mahachohan, the Hierarchy, all ancient teachers who once visited the Earth, teachers, initiates and disciples still living on the Earth, the New Group of World Servers, everyone preparing since Winter Solstice, also participates in the Wesak Festival. The festivities are a vital part of the Ageless Wisdom teachings.

The Wesak Festival is a training process for disciples. And it is a sacred high point of the year. The Wesak Festival is the second of the three Spring Festivals, each festival providing humanity with the Love/Wisdom, the Will/Purpose, and the Divine Intelligence of God for the upcoming year.

Each year the Buddha returns to Earth to bless humanity with the Father’s Will-to-Good which, when received by humanity becomes Goodwill. The Forces of Enlightenment accompany the Buddha, inaugurate an era of Right Thinking and strengthen the Will to Good in all lovers of humanity.

We place crystal bowls of water outside prior to the festival. The water, absorbing the Father and Buddha’s blessings, becomes sacred water under the full moon’s reflective (Taurus) Light. Everyone everywhere is invited to participate. At the moment of the full moon we say together, “We are ready, Buddha. Come Forth.” And recite together the Great Invocation, the Mantram of Direction for Humanity. 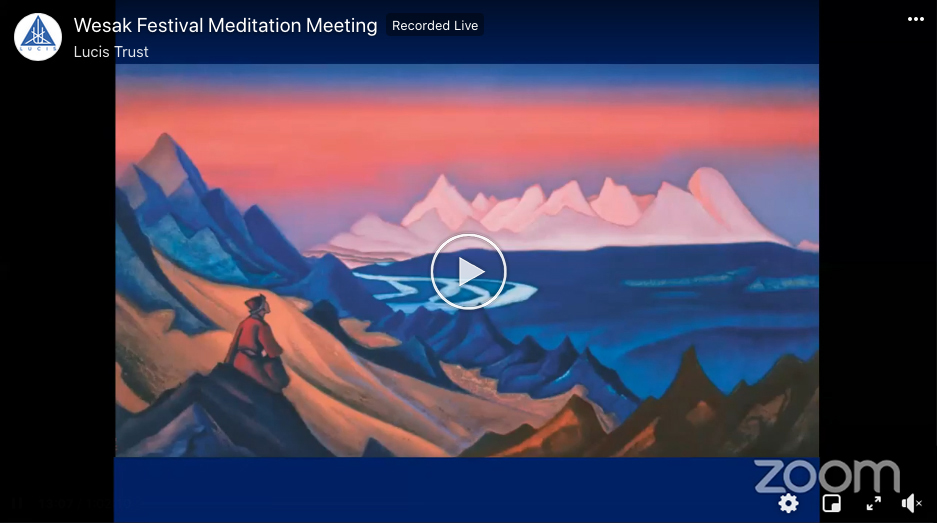